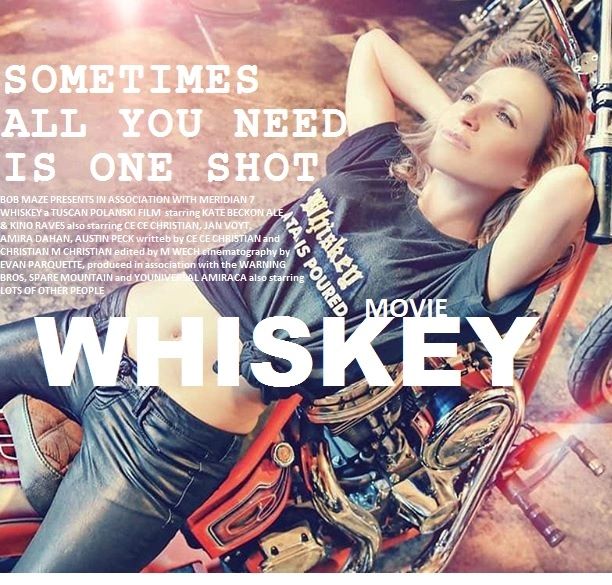 ROUGH CUTS FROM a whiskey spin off project

What happens when faith meets destiny? One shot can mean many things to many people. To some, it's their one shot at fame in Hollywood. To others, it's a drink. And for another, it's about a life lived in preparation for a single moment of destiny.

When a sexual predator tells his five year old victim, "if you talk, I will kill you," it damns the child to decades of silence, until...

15 year old Zoe ends up in the psych ward in Texas, where nerdy beauty "Mighty" renames her "Whiskey."  Whiskey follows her classmate Renee Zellweger's career path in moving to Hollywood but the journey will take faith, endurance and patience. After almost three decades, in an epic fiery climax, Whiskey's demons are finally defeated in an epic, fiery climax.

Based on CeCe Christians autobiographical book, Whiskey is a coming of age drama set inside the closed doors of Hollywood.

RE-UNITED AND IT FEELS SO GOOD

CeCe on Oscar nommed set of CAKE with Jennifer Aniston.

Actress/Producer/Bestie Amira Dahan and CeCe, schmoozing at an industry party.